In 1986, the chef French Paul Bocuse, together with his friend and colleague Pierre Romeyer, confronted the problems facing European catering, but above all they are both aware of the drift towards which the food system is likely to go. They decide to extend the comparison to other chefs, passionate about their work in the individual European countries: Gualtiero Marchesi in Italy, Wegner Vogel in Sweden, Juan Mari Arzak in Spain, Cas Spijkers in the Netherlands, Myrtle Allen in Ireland, Arne Fusager in Denmark, Eckart Witzighann in Germany, Michel Da Costa in Portugal, René Jacquemin in Luxembourg, David Miller in the United Kingdom. It is perhaps the first attempt at a confrontation between cooks that today has become the norm. But 30 years ago it was not exactly so easy to find a common role model, especially at international level. They succeeded, recognizing themselves in a code of honor that is more relevant than ever.
Euro-Toques International was born, which, among the first acts, received the official recognition of the European Community, through the President of the European Commission, Jacques Delors, who refers to Euro-Toques as the association for the defense of food quality in each nation. The first president was Belgian Pierre Romeyer, who was followed by French Paul Bocuse, Ireland’s Myrtle Allen, Sweden’s Lars “Pluto” Johansson, Italian Gualtiero Marchesi, Spaniard Pedro Subijana, Fred Dijsselbloem of the Netherlands, French Didier Peschard, and current President Enrico Derflingher.
In Italy the association was founded by Gualtiero Marchesi who held the presidency for a long time to pass the baton to Massimo Spigaroli first and Enrico Derflingher then, current president. Under his leadership the association gave birth to the International Prize Euro-Toques Italy, which is awarded every year to the great masters of catering: the first to receive it, in 2013 in Montecatini Terme, was Sirio Maccioni.
The 19 Member European Countries, which collectively associate more than 2,500 chefs who recognize themselves in the Code of Honour and make part of their time available to share their experiences and discuss the issues that concern why Euro-Toques was founded: to ensure good and healthy food for European citizens.

The 2019 Euro-Toques Italia Guide contains the detailed cards of 242 members, 22 of which are women, compared to 211 last year. 93 new entries. The most represented regions are Lombardy, followed by Sicily, Tuscany and Emilia Romagna. 26 Italian members in total.

If it is true that we are increasingly called upon to rediscover the values of good and healthy eating and “being together at the table”, then we need to start from a correct food education: and what better place than the family that accompanies us from the first emotions that generates the discovery of new flavors?
To support parents in this difficult and fascinating task, Euro-Toques Italia, the only association recognized by the European Commission for the Defense of Food Quality that counts among its members some of the most renowned Italian chefs, has thought to make available the knowledge and experiences of the great Italian chefs by organizing them in a reasoned cookbook.
A valuable guide from those who have always had an eye on nutrition and who care about the quality and authenticity of raw materials.

My commitment to Euro-Toques

Strengthening through dialogue a network between the cooks, focusing on the firm principles of Italian cuisine. Create a virtuous system of sharing and comparison to support catering. I introduced the figure of the regional delegate to listen closely to the needs of each individual core. The biggest challenge is to develop an exportable “Italy model” linked to the production of our “unique” products.
Finally, I have increased the link with Aspi, the Italian Professional Sommellerie Association, wine always remains a fundamental theme in our universe. 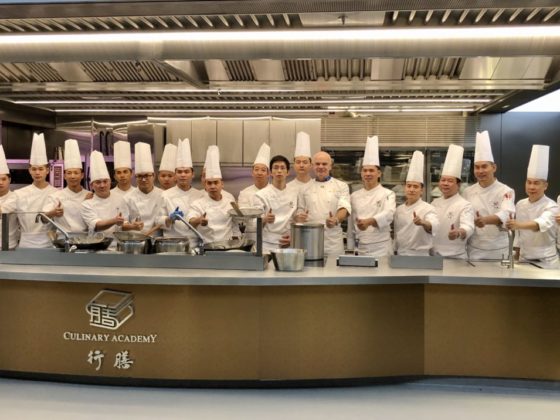